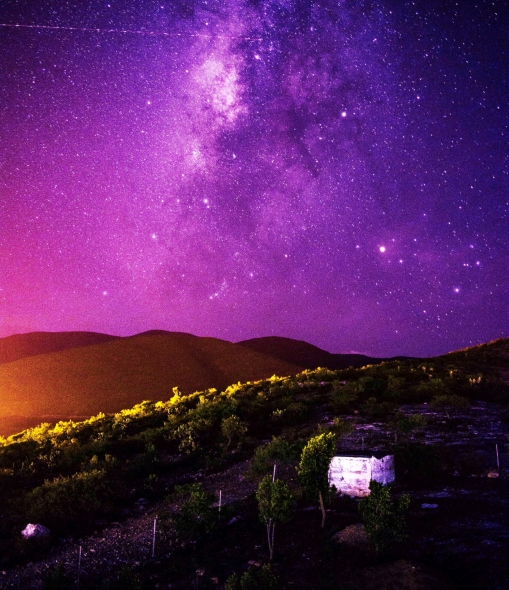 The History below is extracted from the article entitled “INTERNATIONAL PHYSICS OLYMPIADS (IPhO) THEIR HISTORY, STRUCTURE AND FUTURE” by Professor Waldemar Gorzkowski. The full article is given as PDF. 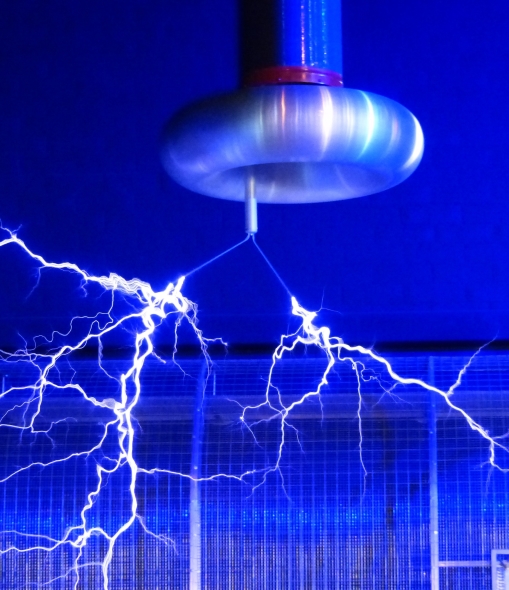 Several months before the first IPhO took place, invitations were sent to all the Central European countries. The invitations were accepted by Bulgaria, Czechoslovakia, Hungary and Romania (five countries including Poland, the organiser of the competition). Each team consisted of three secondary school students accompanied by one supervisor. The competition was arranged along the lines of the final stage of the Polish Physics Olympiad: one day for theoretical problems and one day for carrying out an experiment. One obvious difference was that the participants had to wait for the scripts to be marked. During the waiting period the organisers arranged two excursions by plane toKraków and to Gda?sk. At the first IPhO the students had to solve four theoretical problems and one experimental problem.

The second Olympiad was organised by Prof. Rudolf Kunfalvi in Budapest, Hungary, in 1968. Eight countries took part in that competition – The German Democratic Republic, the Soviet Union and Yugoslavia joined the participating countries. Again, each country was represented by three high school students and one supervisor. Sometime before the second IPhO a preliminary version of the Statutes and the Syllabus were produced. Later the International Board consisting of the supervisors of the teams that participated in the competition officially accepted these documents. This took place during a special meeting organised in Brno, Czechoslovakia, several months after the second IPhO. It is proper to underline that, in spite of various changes made later, all the basic features of the first Statutes remain valid to this day.

The third IPhO was arranged by Prof. Rostislav Kostial in Brno, Czechoslovakia, in 1969. On that occasion each team consisted of five students and two supervisors. The competition in Brno was organised according to the official Statutes accepted earlier.

The next Olympiad took place in Moscow, Soviet Union, in 1970. Each country was represented by six students and two supervisors. During that Olympiad several small changes were introduced into the Statutes.

Since the fifth IPhO, held in Sofia, Bulgaria, in 1971, each team has consisted of five pupils and two supervisors.

The sixth IPhO was held in Bucharest, Romania, in 1972. It was an important event because among the participants there were present for the first time, the first non-European country (Cuba) and the first Western country (France). At this Olympiad the International Board decided to introduce several changes into the Statutes (however, no written proposal of the changes was produced). 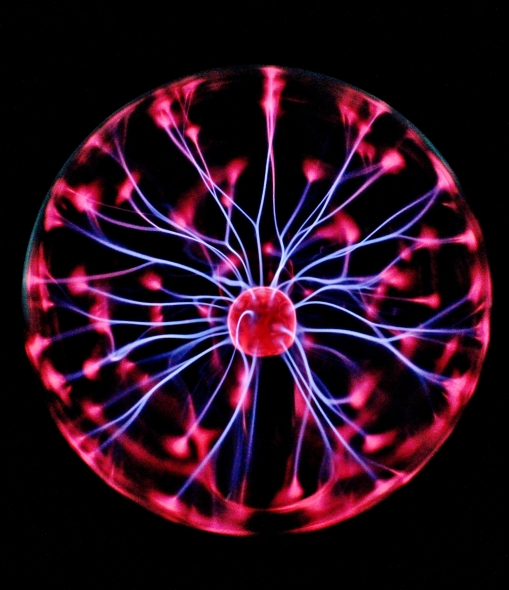 Unfortunately, in 1973 there was no Olympiad as no country was willing to organise it, although the number of participating countries exceeded the number of the past Olympiads. When it seemed likely that the International Physics Olympiads would die, Poland took the initiative of reviving the international competition and organised the seventh IPhO in Warsaw in 1974 (for the second time). On this occasion the Federal Republic of Germany was invited to attend the competition for the first time. This fact certainly had a symbolic significance.

Before the competition, the Organising Committee introduced into the Statutes the verbal changes discussed and accepted in Bucharest. The new version of the Statutes was sent to all the countries invited to the competition for acceptance or comments. The wording suggested by the Organising Committee was accepted (with only one voice against). The most important changes were as follows:

In spring 1977 in Ulan-Bator, Mongolia, there was a Conference of the Ministers of Education of the, so-called, Socialist Countries. The Conference decided that the socialist countries would organise the International Chemistry, Mathematics and Physics Olympiads every two years. Some people treated this decision as a political one, aiming to reduce contacts between pupils from East and West. This aspect should not be ignored, but certainly the decision was a consequence of the increasing number of participating countries and rapidly increasing organisational costs. Regardless of real reasons, according to common interpretation the above decision was commonly interpreted as an implicit invitation to other countries to take charge of the international scientific Olympiads. This explains why in 1978 and in 1980 there were no Olympiads; no non-socialist country was ready to organise the competition without a prior, necessary long-time preparation effort. The first IPhO organised by non-socialist country was the IPhO that took place in Malente, FRG, in 1982. It was due to very efficient work done by Dr. Gunter Lind. Then, for the first time, the participants solved, under agreement of the International Board, two experimental problems in place of one, previously set.

As regards the future of the International Physics Olympiads, there was only one important decision made in Bucharest. It was decided that the next competition would take place in Sweden in 1984. Unfortunately, there were no volunteers to organise the Olympiads in 1985, 1986 and 1987. In such a situation, upon suggestion of Dr. Gunter Lind (FRG), the International Board decided to establish a permanent Secretariat (consisting of one person: Dr. Waldemar Gorzkowski) for co-ordination of the long-term work of the International Physics Olympiads and for popularising the Olympiads. At the same time it was decided that the Secretariat together with Prof. Lars Silverberg (Sweden), the organiser of the next competition in Sigtuna, Sweden, in 1984, should prepare a new version of the Statutes.

The project of revising the Statutes was completed and the new Statutes were accepted at the ninth IPhO. There are, in fact, only minor differences between the old and new versions. The most essential difference is that the new version legalised the existence of the Secretariat of the International Physics Olympiad, consisting of two persons (in terminology used recently: President and Secretary – Dr. Waldemar Gorzkowski and Dr. Andrzej Kotlicki2. ). Another change instituted was that at the experimental part of the competition the participants could be set one or two experimental tasks, earlier only one was allowed. One can say that the new version differed from the old one primarily in wording. The new version was much more precise.

Here we would like to emphasise that the United Kingdom organised the XVII IPhO in London-Harrow within only two years from its entry into the competition! It was made possible through hard work and great enthusiasm of Dr. Cyril Isenberg, Dr. Guy Bagnall and Mr. William Jarvis.

Due to joint efforts of the Secretariat and the organisers of the competitions in 1985 (Prof. Anton Moljk and Dr. Bojan Golli) and in 1986 (Dr. Guy Bagnall and Dr. Cyril Isenberg) a new version of the Syllabus was produced. Its theoretical part was accepted in Portoro? in 1985 and first applied in London-Harrow in 1986. Later, following a suggestion of the International Board, the Secretariat prepared a new, so called, column version of the Syllabus. This version shows not only the breadth of the physics contents but also the depth of approach required. The Syllabus of the International Physics Olympiads is indeed very modern. Nevertheless, the International Board is always ready to introduce improvements in the Statutes and Syllabus and does this when necessary.

The competition has run every year subsequently – the list of participating and organising countries is shown in Tables 1 and 2.

Every year some changes in the Statutes are made. Usually they are minor changes. Nevertheless, sometimes the changes are major. The last such change was made in 1999. The Statutes have been split into two parts; proper Statutes, and Regulations. Changes in the part called “Statutes” require qualified majority when voting, while changes in the part called “Regulations” require a simple majority only. In this way the most important points of the “Olympiad law” have been separated from the points that are of less importance. The operation of splitting the Statutes was the most important change since 1984 and was taken with care. The idea of splitting, formulated by Dr. Rodney Jory (Australia) in 1997, after preliminary discussion (almost only by e-mail) in 1997/8 was accepted by the International Board in 1998 in Reykjavik, Iceland. Then a subcommission consisting of four persons was created: Dr. Gunter Lind, Dr. Cyril Isenberg, Dr. Vidar Agustsson and Dr. Waldemar Gorzkowski. The subcommission prepared, mainly due to work of Dr. Gunter Lind, a version of the split Statutes, which later was discussed at a special meeting of the Advisory Committee in Warsaw in March 1999. After that the version accepted by the Advisory Committee was accepted by the International Board at the thirtieth IPhO in Padova, Italy.

The last versions of the Statutes, Regulations, Syllabus and other Olympiad documents may be downloaded from the Olympic home page http://www.jyu.fi/ipho localized in Finland and maintained by Prof. Maija Ahtee.

PARTICIPATION IN THE INTERNATIONAL PHYSICS OLYMPIADS
Stated on June 01, 2014

PAST IPhO PROBLEMS AND SOLUTIONS

PAST AND FUTURE IPhOs

THERE IS NO OFFICIAL LIST OF BOOKS RECOMMENDED BY THE IPhOs.

The books presented here are the books devoted to the IPhOs directly, collected due to kind help of the delegation leaders. Some WWW pages present lists of different text books, books on general physics, monographs etc. as books recommended to the people interested in the IPhOs. Such lists have nothing to do with any decision of any Olympic authorities and express private interests of some publishers, distributors, authors etc. only.

President of the IPhOs

BOOKS ON THE INTERNATIONAL PHYSICS OLYMPIADS